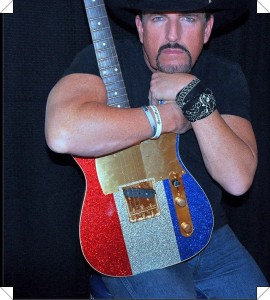 Payne’s career has been gaining steam in recent years. Music Connection magazine  named him one of “2013’s Hot 100 Live Unsigned Artists,” while the Hollywood Music Awards named his single “Now & Forever” Best Country Song of the Year in 2012 and nominated.  his version of “Copperhead Road” for the same award last year.

As a supporter of U.S. troops, Payne donates his time and talent to honor servicemen and women–whether it’s cheering up those recovering at Loma Linda Veterans Hospital or performing for thousands at the Bob Hope USO.

His Big Bear concert, however, will benefit a local tradition bearer: the Old Miners Association, who will receive a portion of ticket sales and hold a silent auction.