Big Bear News - Big Bear Lake, CA - The Annual Big Bear Lake Maifest, known as Big Bear Lake Oktoberfest’s little sister, is a scaled-down version of Oktoberfest, but provides the same ambiance of cheerful revelries. Maifest kicks off May 21, and returns the following week for Memorial Day weekend, Saturday, May 28 and Sunday, May 29 from 1 p.m. to 10 p.m. each day at the Big … END_OF_DOCUMENT_TOKEN_TO_BE_REPLACED

Big Bear, CA, December 1, 2016 - Each year, Santa and Mrs. Claus make a special stop at the Big Bear Lake Convention Center by special invitation of the American Legion for the annual Children’s Holiday Party. This year’s event is Saturday, Dec. 3, from 11 a.m. to 1 p.m. More than 30 years in the making, the Children’s Holiday Party began as a small event to give back to … END_OF_DOCUMENT_TOKEN_TO_BE_REPLACED 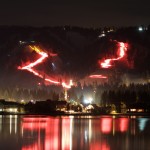 Big Bear, CA, December 30, 2015 - The Big Bear Valley has many things to offer locals and visitors alike on New Year's Eve 2015. One annual tradition not to be missed is Snow Summit's New Year's Eve Torchlight Parade. You can watch as skiers and snowboarders descend the dark slopes of Snow Summit lit only by the torches they carry. It's a great way to kick off your New Year's … END_OF_DOCUMENT_TOKEN_TO_BE_REPLACED 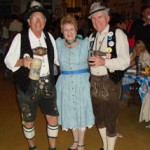 Big Bear Lake, CA. September 26, 2015 - The year was 1810, the place was southern Germany, Bavaria, and life was hard. It was the month of October and all of the countryside had been working day and night to finish their fall harvest and prepare for the onset of winter. While the plow horses were working and the farmers’ days were filled from sun up to sun down, there were some … END_OF_DOCUMENT_TOKEN_TO_BE_REPLACED 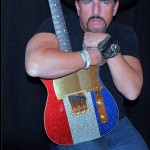