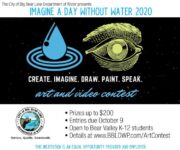 Big Bear News, Big Bear Lake, CA - The City of Big Bear Lake Department of Water (BBLDWP) anticipates giving away up to 1,600 total in prizes to local students as part of an art and video contest centered on the theme, “The Value of Water.” BBLDWP invites students to learn about our limited water resources in the Big Bear valley and to creatively depict how water is essential. … END_OF_DOCUMENT_TOKEN_TO_BE_REPLACED 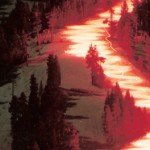 Big Bear, CA, December 31, 2019 - Burning torches will illuminate the slopes at Snow Summit on New Year's Eve. Beginning at about 8:30 p.m., the annual Torchlight Parade is a spectacular sight to see. More than 250 skiers and snowboarders, some dressed in eccentric holiday costumes, will descend the snowy slopes with lit torches to create an incredible display of illumination … END_OF_DOCUMENT_TOKEN_TO_BE_REPLACED 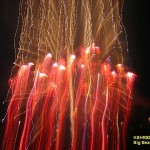 Big Bear Lake, CA - The annual Fourth of July fireworks show over Big Bear Lake is the must-see event of the summer season and, thanks to contributions from the Rotary Club of Big Bear Lake and countless community sponsors, this year’s extravaganza is expected to be bigger and brighter than ever. The fireworks are launched from a barge off Pine Knot Landing on the lake’s south … END_OF_DOCUMENT_TOKEN_TO_BE_REPLACED