Big Bear City, CA, September 29, 2014 - With mountain highways running along forested areas, wildlife can sometimes be found crossing the road. Drivers are sometimes taken by surprise, and there have been several collisions this year between motorists and bear or deer on routes 18, 330 and 38. State Farm says such crashes could increase. Their latest report states that U.S. … END_OF_DOCUMENT_TOKEN_TO_BE_REPLACED 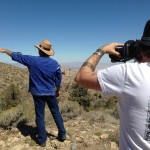 Big Bear City, CA, September 28, 2014 - This month marked the ten-year anniversary of the Big Bear Medicine Wheel that was led by an Eastern Shoshone elder during the severe drought of 2004. At the time, local government agencies were debating cloud seeding--a method of increasing precipitation by dispersing substances such as dry ice or silver iodide crystals into the air. … END_OF_DOCUMENT_TOKEN_TO_BE_REPLACED 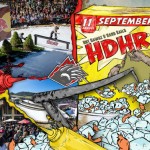 Big Bear Lake, CA, September 26, 2014 - Right on the heels of the news of the acquisition by Mammoth Mountain Ski Area, Bear Mountain is having its winter kickoff party this weekend. The 11th annual Hot Dawgz & Handrails is set for Saturday, September 27 from 9 am to dark, and 40 pro snowboarders will compete for cash on 130 tons of man-made snow starting at 2 pm. The … END_OF_DOCUMENT_TOKEN_TO_BE_REPLACED 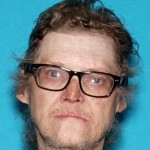 September 26, 2014, Big Bear Lake, CA - The Big Bear Sheriff's Station is asking for the public's help in locating a Big Bear Lake resident. Sixty-year-old Brian McCamish is described as a "voluntary missing person" and was last seen in the City of Big Bear Lake on September 19. It's not known if he's currently in the area, but anyone who has information on his whereabouts … END_OF_DOCUMENT_TOKEN_TO_BE_REPLACED

Big Bear Lake, CA, September 26, 2014 - We hear a lot about maintaining “defensible space” around our mountain homes for fire protection--and rightly so--but it’s only part of the picture. Besides the presence of burnable vegetation immediately adjacent to buildings, the ignitability of a home also depends on its roofing materials. In one study, the Stanford Research Institute … END_OF_DOCUMENT_TOKEN_TO_BE_REPLACED