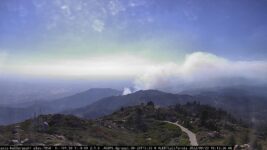 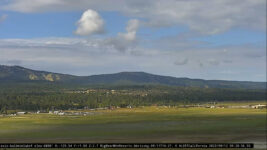 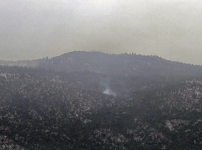 Update 6/22/22 @ 3:30 PM: The fire was stopped at 1/10 of an acre. Crews have a line around the fire, some units are being released and the mop up is underway. Big Bear Lake, CA - Following an overnight thunder storm a small fire was reported this morning on the North Shore between Big Bear Lake and Holcomb Valley. A Helicopter was deployed to deliver hand crews to the … END_OF_DOCUMENT_TOKEN_TO_BE_REPLACED

Big Bear News - Big Bear Lake, CA -UPDATE: 11:35AM - According to Lisa Cox, Public Affairs Specialist for the US Forest Service, today's prescribed burn will not move forward today after an unsuccessful test burn. Smoke is visible in the forested area of the test burn located just southeast of Knickerbocker Road. ORIGINAL STORY: According to fire officials with San … END_OF_DOCUMENT_TOKEN_TO_BE_REPLACED

Big Bear News - Big Bear Lake, CA - As of tomorrow, Saturday April 16th, Snow Summit will close for the season after over 130 days straight of skiing and riding.  After tomorrow, this will put an end to the skiing and boarding season at all of our local resorts as Bear Mountain closed on Sunday, April 10th and Snow Valley Mountain Resort closed on Monday, April 11th.  Both Big … END_OF_DOCUMENT_TOKEN_TO_BE_REPLACED