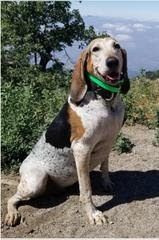 Crestline, CA – On Saturday, June 16th, at approximately 9:00 am, detectives from the Twin Peaks Sheriff’s Station were conducting a search for a reported missing person. Detectives had recent information the missing person may have been camping in the forest near the 1000 block of Waterman Canyon Rd. in Crestline. Deputy Moyer and his K-9 partner Ellie were requested and responded to assist in the search. Ellie led deputies to an area where there was a steep terrain. Search and Rescue members from the Rim of the World Search and Rescue team also responded to the location. Search and Rescue Members assisted by lowering team members to the area identified by Ellie. Search and Rescue team members located partial skeletal remains in that area. The Coroner’s Office responded and took possession of the remains and will attempt to identify the victim. 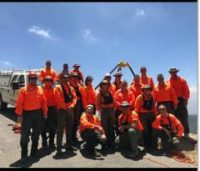