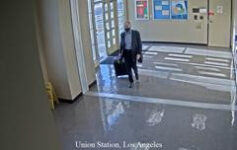 Big Bear News - Crestline, CA - On Saturday, July 11 at 4:03 p.m. Twin Peaks deputies responded to a report of a shooting on Glenwood Drive in Crestline. Upon arrival deputies found the victim, later identified as Marc Angelucci, unresponsive and suffering from apparent gunshot wounds. Medical aid also responded and Angelucci was pronounced deceased at the scene. On Monday, … END_OF_DOCUMENT_TOKEN_TO_BE_REPLACED

Big Bear News - UPDATE - On Wednesday, July 8, Detective Trujillo from the Twin Peaks Station received information that Christopher Booker has been located and is safe. Mr. Booker has asked that no information be released regarding his whereabouts, local law enforcement has confirmed he is safe and well. ORIGINAL STORY … END_OF_DOCUMENT_TOKEN_TO_BE_REPLACED

Crestline, CA - On Saturday, June 16th, at approximately 9:00 am, detectives from the Twin Peaks Sheriff's Station were conducting a search for a reported missing person. Detectives had recent information the missing person may have been camping in the forest near the 1000 block of Waterman Canyon Rd. in Crestline. Deputy Moyer and his K-9 partner Ellie were requested and … END_OF_DOCUMENT_TOKEN_TO_BE_REPLACED 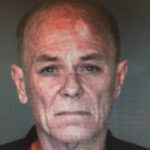 Crestline, CA - On Monday, February 27, at approximately 5:30 pm, the Twin Peaks Sheriff’s Station received a call from a reporting party requesting a welfare check of the victim. The reporting party believed the victim was suffering from great bodily harm and wanted deputies to check on the victim and the suspect, Monte Shultz. Deputies went to Shultz’ residence located on … END_OF_DOCUMENT_TOKEN_TO_BE_REPLACED