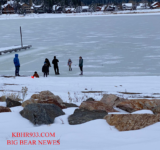 Big Bear Lake, Ca– With the recent snowfall in the Big Bear Valley, KBHR and the Big Bear Municipal Water District are reminding everyone of the dangers of walking on lake ice. Not only can it cost you your life, it can cost you money, and jeopardize the safety of rescuers. Every winter the San Bernardino County Sheriff and MWD receive calls related to people walking on lake … END_OF_DOCUMENT_TOKEN_TO_BE_REPLACED 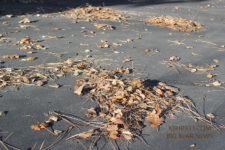 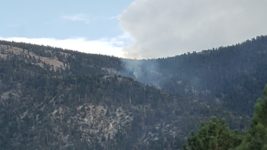 Big Bear Lake, CA - As predicted moist monsoons along with an unstable atmosphere sparked afternoon thunderstorms. Although these storms and the downpour is favorable they also usher in lighting strikes causing spot fires as they strike dry vegetation. This was the case this afternoon as several columns of smoke and ensuing fires were reported. Ground and air fire crews … END_OF_DOCUMENT_TOKEN_TO_BE_REPLACED

Jeff Mathieu BIG BEAR LAKE, CA — After 13 years proudly serving as the City of Big Bear Lake’s City Manager, Jeff Mathieu anticipates retiring prior to the end of the year, but the exact timing of his departure will depend upon the transition of his replacement.  Mathieu came to Big Bear Lake in 2006 after an earlier 31 year management career primarily with the City of … END_OF_DOCUMENT_TOKEN_TO_BE_REPLACED 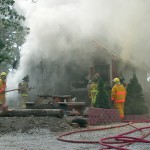 The cost of paramedic and fire service in this community, like many other communities, has been growing faster than the revenues.   In order to maintain the current level of fire and emergency services, deficit spending using reserve funds became necessary. Chief Jeff Willis along with 10 members of the Big Bear Fire Board understand that this practice is … END_OF_DOCUMENT_TOKEN_TO_BE_REPLACED