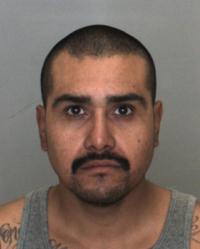 Big Bear City, CA, August 31, 2014 – The Big Bear Sheriff’s Station has one suspect in custody in a mail theft case, and is actively searching for the second suspect. During the course of investigation, a vehicle was identified as possibly being driven by the suspects. On August 28 at approximately 2:30 a.m., deputies spotted the vehicle driving on Moonridge Road and tried to conduct a traffic stop. The driver refused to pull over, however, and after being pursued a few blocks, he stopped on Elm Street, and escaped on foot with his passenger into the forest.

Later that morning, deputies searched a Big Bear City residence where the vehicle was known to have been previously parked, and they discovered a large quantity of stolen mail from multiple cities throughout San Bernardino County, from Big Bear to Chino Hills.

While the deputies were searching the residence, the passenger in the vehicle they’d tried to pull over, Robert Rivera, arrived. He was taken into custody and booked on felony charges of probation violation, possession of stolen property, forgery, and making or possessing fraudulent checks. An arraignment hearing is set for September 2 at the San Bernardino County Superior Court.

A second suspect remains outstanding, and the public is asked to call the Sheriff’s Station with any information on his whereabouts. Transito Jovani Lovo is a 30-year-old Hispanic male, 5’5” tall, 170 lbs., with black hair and brown eyes. Information can also be reported anonymously at www.wetip.com.