Big Bear Lake, CA August 26, 2015 – Big Bear is one step closer to getting a new zoo.   Supervisor James Ramos announced at Monday’s Big Bear Lake City Council meeting that a ground breaking ceremony will take place as early as December of this year.   The building plans and specifications are nearly complete which include a peer review.   Next the construction bidding window opens from October 6 to November 13, 2015.    Soon after the winning contractor will be announced and a contract signed.   Winter weather may be at play this year, for the launch of the grading and construction at the new location on the corner of Moonridge Road and Club View in Big Bear Lake.  Supervisor Ramos expressed his enthusiasm for this project saying “Big Bear is one of the jewels of our County and the Alpine Zoo along with the Moonridge corridor revitalization plans will create a special place for residents and visitors of Big Bear along with escalating the zoo’s educational and rehabilitation mission.”  The Zoo property acquisition and construction carries projected cost in the neighborhood of eight million dollars which is being financed by the county along with local zoo support groups.  The Big Bear Lake City Council along with city planning commissioners expressed their appreciation and gratitude for this important community project. 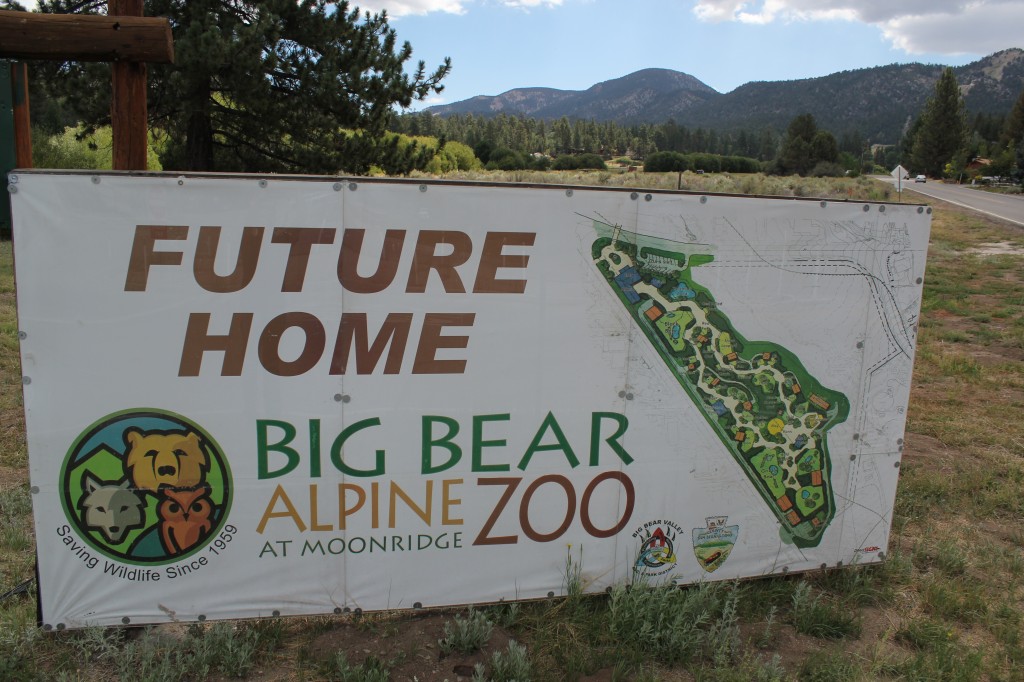