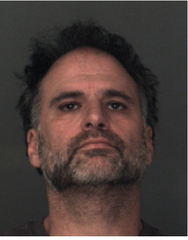 Big Bear City, CA – UPDATE: February 21, 2020 Edward Castaldi appeared in San Bernardino County Superior Court for arraignment on February 20, 2020. At the conclusion of the hearing, Castaldi was immediately remanded into custody. Bail in this matter has now been set at $1,250,000. A pre-preliminary trial hearing is scheduled for February 24, 2020.

UPDATE – January 15th
An additional male victim has come forward to file a report of sexual misconduct by Castaldi. The victim was 14 years old at the time the incident occurred. On January 14, 2020, the San Bernardino County District Attorney’s Office filed a criminal complaint against Edward Castaldi on seven counts of illegal sexual acts on a minor, including rape with an unconscious victim, lewd or lascivious acts with a minor child, and oral copulation of a minor child. Castaldi remains out of custody on a $500,000 bail bond. An arraignment hearing in this matter is scheduled for February 20, 2020 in San Bernardino County Superior Court.

Detectives continue to believe there may be additional unreported victims of Castaldi. If you have been a victim of sexual assault by Edward Castaldi and have not made a report, please contact Detective Ryan Weddell at the Big Bear Sheriff’s Station at (909) 866-0100.

Detectives began an investigation stemming from reports of illegal sexual misconduct with two males, who were 14 years old at the time the separate incidents occurred. As a result of the investigation, 50 year old Big Bear Lake resident, Edward John ‘Jay’ Castaldi was identified as the suspect and a warrant was issued for his arrest.

Following an extensive investigation, Edward ‘Jay’ Castaldi was arrested January 2nd on felony sexual assault charges involving minor victims. Shortly before 4:30 p.m. on January 2nd, deputies conducted a traffic stop for California Vehicle Code violations on a car that Castaldi was driving. A records search confirmed the arrest warrant and Castaldi was taken into custody without incident. Castaldi has been released on bail, with review of the case and filing of criminal charges pending by the District Attorney’s office.

Detectives believe there may be additional unreported incidents of persons who may have been victimized by Edward Castaldi. Unreported victims are urged to contact Detective Ryan Weddell at the Big Bear Sheriff’s Station at (909) 866-0100. Reports can also be made anonymously through WETIP by calling (800) 78-CRIME or online at www.wetip.com.