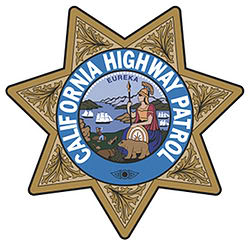 Crestline, CA – On Thursday, April 25th, at approximately 12:35 PM, Arrowhead CHP officers responded to a two-vehicle traffic collision involving major injuries. A Ford Ranger was traveling southbound on SR-18, south of Upper Waterman Canyon Rd., in an unknown lane at an unknown speed. A Freightliner two-axle tractor with a 28-foot trailer was parked on the right shoulder of SR-18, completely off the roadway. For unknown reasons, the driver of the Ford failed to negotiate a left-hand curve in the road, and subsequently traveled onto the right shoulder. The front of the Ford collided with the rear of the trailer. As a result of the collision, the driver of the Ford suffered major injuries and was transported by ground to Loma Linda Medical Center. The passenger of the Ford was transported to Arrowhead Regional Medical Center, where she succumbed to her injuries. The driver of the Freightliner suffered minor injuries. Drugs are suspected to be a contributing factor in this collision.

Approximately 15 minutes later, an Arrowhead Area CHP officer was responding to the collision with their patrol vehicle’s emergency lights and siren activated, southbound on SR-18 near Pine Ave. For reasons still unknown, a red Chevrolet Sonic made a left turn from Pine Ave. onto SR-18, directly into the path of the responding officer, resulting in a collision. After the initial collision, the CHP Officer veered the patrol vehicle to the right in an attempt to avoid a parked vehicle. During this attempt, the patrol vehicle sideswiped the right side of the parked vehicle, and subsequently traversed a dirt embankment. The patrol vehicle came to rest on the right shoulder of SR-18. The CHP Officer was transported to Arrowhead Regional Medical Center with minor injuries. The driver of the Chevrolet did not sustain any injuries.

Both collisions are under investigation by the Arrowhead CHP Office.