Big Bear Lake, CA, June 11th, 2016 – Big Bear Cycling Association (BBCA) announced that Freddie Rodriguez and Tinker Juarez will be Grand Marshalls for the 3 rd annual Big Bear Cycling Festival which will be held in Big Bear Lake, California July 30 – August 7. The festival celebrates all disciplines of cycling, including road, mountain and recreational, and is geared for all level of riders including professional, endurance athlete, weekend warrior, fitness or family.

Fast Freddie Rodriguez is a former American professional road cyclist and record four-time USA Pro road National Champion. Freddie started his career in the United States Junior development program and eventually rode his way into the European peleton, joining top teams such as Mapei and Davitamon-Lotto. Freddie has ridden in seven Grand Tours, won a stage of the Giro d’Italia, finished second Milan-San Remo and was a member of the 2000 US Olympic team.

After completing his last season as a professional in 2015, Freddie joins the Big Bear Cycling Festival and Tour de Big Bear as Grand Marshall for the 2016 event after just completing the Amgen Tour of California as their Race Ambassador in May. “Freddie will be involved and with the athletes the entire week with Altitude Acclimation Rides, Educational Events, Children’s Cyclefest, Dinner with the Pro’s and of course the two main events – the Big Bear MTB Gran

Fondo/Grizzly 100 and Tour de Big Bear events” stated Craig Smith, President Big Bear Cycling. “Freddie is the perfect hands on athlete to host all of our visitors and guests at the Festival this summer.”

Outside of the race Freddie spends his time building his own clothing brand, Fast Freddie Apparel, and serving the community through his charity, Fast Freddie Foundation, whose mission is to inspire and provide young people with the tools to achieve personal successes by utilizing life skills learned through cycling. 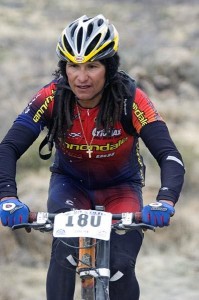 As the most recognized faces in mountain biking, Tinker Juarez will join Big Bear Cycling Festival for both the mountain and road bike activities throughout the week. Tinker began his cycling career in BMX became one of the early mountain bikers, appearing in the first how-to mountain bike videos ever produced in 1998. Two-time Olympian, three-time winner of the NORBA Cross Country nationals, and gold medalist at the Pan American Games, Tinker was inducted into the Mountain Bike Hall of Fame in 2001.

In recent years, Tinker has been attracted to the ultra-endurance events in both road and mountain biking. He placed third in the Race Across America, Men’s Solo Enduro category. In 2014, Tinker competed in a 400 yard sprint finish after 100k (62 miles) to place 2nd in the Grizzly 100 in Big Bear Lake. Tinker competes regularly in cross country and ultra endurance events, including the US Cup and National Ultra Endurance series races.

Big Bear Cycling Festival has a full week of cycling related activities, for all levels of rider and bike type, and is a beautiful location to spend the week cycling. For a complete schedule of events and up to minute dates and times, please visit bigbearcyclingfestival.com.