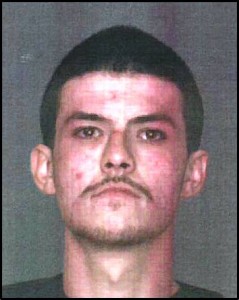 Big Bear, April 24, 2015 – Suspect Michael Reyes continues to evade law enforcement officials according to the Big Bear Sheriff’s Station.  As previously reported by Kbear on March 17th, a suspect matching the description of Reyes was witnessed breaking into a vehicle in the Interlaken Shopping Center followed by an attempted vehicle theft in the Kmart parking lot shortly after.  Reyes is known to travel between the Big Bear Valley and the Highland area.  Anyone with information regarding the whereabouts of Michael Reyes is requested to call Big Bear Sheriff’s Station at 866-0100.  The public is advised not to attempt to approach or detain Reyes, as he is known to carry weapons and may become agitated if contacted.