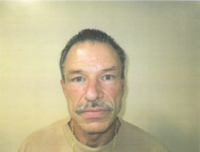 Joshua Tree, CA – On November 7, 2019, prosecutors from the San Bernardino County District Attorney’s Office accompanied by a group of local representatives attended the relocation hearing for Ross Leo Wollschlager – a sexually violent predator. Wollschlager was convicted of a series of sexual assaults committed against women and children in Ventura County. On September 19, 2019, a Ventura County Superior Court judge ordered Wollschlager to be housed in Joshua Tree.

Local officials from San Bernardino County worked jointly to oppose the effort to relocate this sexually violent predator into their community. Sheriff John McMahon, District Attorney Jason Anderson and Supervisor Dawn Rowe met with local officials and hundreds of concerned citizens. The Morongo Basin Sheriff’s Station assessed the potential threat and the effects housing Wollschlager would have on our law enforcement resources. Additionally, hundreds of citizens emailed their opposition to Wollschlager’s relocation and these were presented to the judge.

The willingness of our elected officials to assist with the process was greatly appreciated and contributed to a successful outcome. Third District Supervisor Dawn Rowe helped spearhead community efforts to oppose the relocation and after the hearing said, “I’m pleased with the judge’s ruling. It demonstrates that when a community comes together over a common cause, we can truly make a difference.” Additionally, State Senator Grove’s letter of opposition and outreach coupled with local support from the city councils of 29 Palms and Yucca Valley painted a picture of the negative effects this relocation would have on the residents of the Morongo Basin.