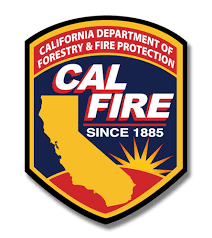 Big Bear, CA – After watching tragedy unfold in Paradise, California, last year during the Camp Fire, USA Today-California Network analyzed California communities and evacuation routes which showed that some areas in the state are far outside the norm when it comes to the number of lanes of roadway available for the size of the population. Paradise had five two-lane roads and one four-lane road leading out of town. But the fire forced officials to close three of those routes, further clogging the remaining roads.

To evaluate exit routes for Californians living in areas at risk of a fire-related evacuation, the study combined and analyzed data from the U.S. Census Bureau, Cal Fire and OpenStreetMap. Combining population and fire risk data with the standard number of lanes for every major roadway allowed them to come up with a set of ZIP codes that have the greatest number of people living in the highest-risk areas and hypothetically trying to use the fewest number of lanes to leave in any direction or to areas at less risk for fire. In short, the analysis gives an estimate of how many people there are for every lane of major road leaving an area.

When looking at all ZIP codes in California that have people living in a very high fire risk zone, there are, on average, 134 residents living in the riskiest areas for each lane of traffic going either direction. Paradise had more than 1,000, putting it in the worst 1%. Big Bear ZIP code 92314 and Sugarloaf ZIP code 92386 are also in the worst 1%.