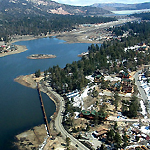 Big Bear City, CA — The Board of Directors for the Big Bear Airport District, led by third-round President Jay Obernolte, convened for their monthly meeting this week and, among other items, addressed three ongoing topics. Among those, the revised Directors Policy Manual, which also outlines committee responsibilities, was approved. Airport staff, led by General Manager Pete Gwaltney, is working on updating the personnel manual and will then draft the airport’s first operations manual, which will be a go-to guide in the case of fire, fuel spill or other emergency. The Airport Board also completed their portion of terms and agreements with regard to the shared ownership of the airport building with Evergreen Properties (which owns 76% of the building, specifically the second floor and the two south wings). Upon completion of the preparations for the condo map, Evergreen will submit to the County, thereby opening the doors for potential transfer of ownership (of buildings, not the airport itself). The third ongoing item was with regard to comments made by Marge McDonald and printed in The Grizzly; though McDonald was not present this round, Director Butch Waymire reiterated the airport’s request for a retraction of erroneous comments by McDonald. The Airport District Board also took a field trip, across the runway, during the meeting of July 7. In response to an easement request, to allow for North Shore drainage (as required by the County) resulting from the pending construction of the Big Bear Disposal facility bordering the airport to the north, the board took a quick recess to visit the location for the easement, which will not impact airport operations or facilities. Upon return from the field trip, the meeting was resumed and the easement granted.