Big Bear Valley, CA, May 7, 2014 - Organizations that enrich our community hold various fundraisers throughout the year, and many residents do their best to attend and contribute. This year, we’re trying something different. Following the incredible success of Give BIG Riverside County, the Big Bear Valley is participating this week in Give BIG San Bernardino County, with the … END_OF_DOCUMENT_TOKEN_TO_BE_REPLACED 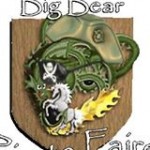 Big Bear Lake, CA, February 20, 2014 - It's never too early to start saving for college. Local kindergartners have a chance to win a $25 scholarship by drawing a picture of a pirate, and older students can compete for much bigger scholarships with their writing. It’s all part of the Pirate Essay Contest presented by the Bear Valley Renaissance Society, Inc. (BVRSI). The … END_OF_DOCUMENT_TOKEN_TO_BE_REPLACED 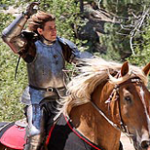 Fawnskin, CA, January 24, 2014 - The Big Bear Renaissance Faire has announced their 2014 dates, and if it sounds early to be thinking about tickets, remember that some events--like the Queens’ Tea, Warriors Table and the Royal Gallery--sold out last year. The annual event’s living history reenactments and merry entertainers draw families and avid fair-goers from around the … END_OF_DOCUMENT_TOKEN_TO_BE_REPLACED

Big Bear Lake, CA, February 16, 2013 – On February 7, 2013 Big Bear CERT members were activated by the San Bernardino County Fire Office of Emergency Services.  There were 51 active CERT members who responded to the activation.  Their main duties were to support the Bear Valley Unified School District.  CERT was asked to stand down the next day since the schools were closed.   … END_OF_DOCUMENT_TOKEN_TO_BE_REPLACED 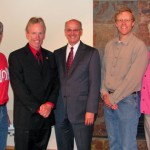