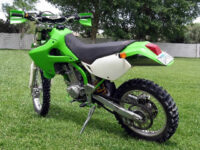 Big Bear News - Big Bear, CA - May is Motorcycle Safety Awareness Month, and the San Bernardino County Sheriff’s Department reminds drivers to check twice for motorcycles. Also, that it’s important for drivers to understand motorcycle rider behaviors and learn how to drive safely around riders. Motorcycle riders are more vulnerable and have much less protections as those in … END_OF_DOCUMENT_TOKEN_TO_BE_REPLACED

Big Bear, CA - On May 4, at approximately 1:46 p.m., deputies from the Big Bear Station received a call for service in reference to two victims drowning in Big Bear Lake. Deputies arrived on scene at approximately 1:52 p.m. and contacted multiple witnesses. Both victims had been on a pontoon boat with several other subjects when they dove into the lake. Almost immediately, … END_OF_DOCUMENT_TOKEN_TO_BE_REPLACED 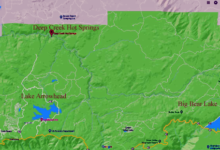 Apple Valley, CA - On Sunday, August 19, deputies received the report of a lost hiker in the Deep Creek area of Apple Valley. Santa Ana resident, Ernesto Mercado, and his brother hiked to Deep Creek Hot Springs. Mercado last saw his brother swimming in one of the large pools at the hot springs. At some point Mercado could not find his brother and started searching for him. … END_OF_DOCUMENT_TOKEN_TO_BE_REPLACED 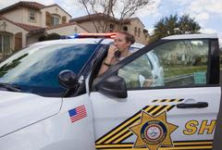 San Bernardino County, CA - Effective today, the San Bernardino County Sheriff’s Department radios will switch from analog to an encrypted digital communication system. The improved communication platform is vital to the safety of first responders. It will enhance coverage throughout the county, improve the voice clarity and strengthen the signal to police frequencies. The … END_OF_DOCUMENT_TOKEN_TO_BE_REPLACED