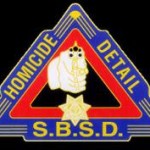 Sugarloaf, CA - On Wednesday, March 6, at approximately 11:19 pm, deputies responded to the report of a domestic disturbance with shots fired. Upon arrival, deputies located the victim, Kyle McWilliams, suffering from gunshot wounds. Emergency fire personnel responded to the location and transported McWilliams to a local hospital where he was pronounced deceased. Sheriff’s … END_OF_DOCUMENT_TOKEN_TO_BE_REPLACED 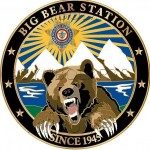 Big Bear City, CA - Shortly after 8:00 p.m. on Sunday, January 27, the Multi-Enforcement Team and patrol deputies from the Big Bear Sheriff’s Station served a search warrant at a residence on Glencove Drive in Big Bear City. An ongoing investigation led deputies to believe that narcotics sales were taking place at the location. Deputies identified Trenton Sypniewski-Siep and … END_OF_DOCUMENT_TOKEN_TO_BE_REPLACED

Big Bear, CA - Shortly after 7:00 a.m. on Wednesday, January 16th, deputies from the Big Bear Sheriff’s Station conducted a traffic stop for a moving violation on a vehicle near the intersection of Big Bear Blvd. and Summit Blvd. in Big Bear Lake. Deputies observed the passenger in the vehicle, later identified as Freddie Chavez, reach down toward the floorboards as the vehicle … END_OF_DOCUMENT_TOKEN_TO_BE_REPLACED

Big Bear Lake, CA - On November 19th at approximately 1:10 p.m., deputies from the Big Bear Sheriff’s Station conducted a traffic stop on a pickup truck hauling a trailer near the intersection of Big Bear Blvd. and Summit Blvd. The truck had no license plate and the trailer displayed an obstructed plate. The truck was occupied by the driver, identified as Dennis Lee, and two … END_OF_DOCUMENT_TOKEN_TO_BE_REPLACED

Big Bear Lake, CA - Shortly before 8:00 p.m. on Monday, October 9, deputies from the Big Bear Sheriff’s Station responded to a domestic disturbance call at a residence in the 900 block of Georgia Street in Big Bear Lake. The reporting party stated that she was assaulted and choked at the location by 33 year old, Big Bear Lake resident, Jason Hermanns during an argument. The … END_OF_DOCUMENT_TOKEN_TO_BE_REPLACED