Big Bear, CA - The Big Bear Community Services District is advancing to an automated refuse collection system. The District will provide a 96-gallon cart for each household with an identifier specific to each property. The cart will hold up to 200 pounds of refuse. The new carts will be delivered to properties within the district between September 9th and September 21st. Begin … END_OF_DOCUMENT_TOKEN_TO_BE_REPLACED 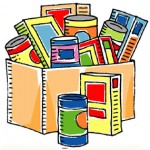 Big Bear Lake, CA, August 15, 2014 - The statewide general election is November 4, 2014, and voter information guides will be mailed out the first week of October. The Registrar of Voters updated their records overnight to include additional candidates for the Big Bear Airport District (see full list below). The ballot will include open seats on six local governing boards: the … END_OF_DOCUMENT_TOKEN_TO_BE_REPLACED

Big Bear City, June 11, 2014 - A longtime Big Bear City Community Services District Director is moving on. Director Jeff Newsome was elected in November of 2001 and served as President of the Board in 2005 and 2011. At the last CSD Board of Directors meeting, he announced that his resignation will be effective June 17. That leaves the remaining Board to decide whether … END_OF_DOCUMENT_TOKEN_TO_BE_REPLACED