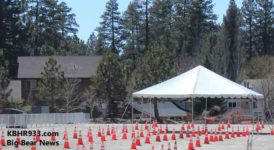 Big Bear News - Big Bear Lake, CA - Last night, San Bernardino County reported their test results from the mountain area COVID-19 testing event held in Big Bear on Friday, April 16th.  Of the 229 specimens taken from individuals, only one tested positive for the virus.  The County still reports 6 confirmed cases in the Big Bear Valley.  It is unclear at this time … END_OF_DOCUMENT_TOKEN_TO_BE_REPLACED

Big Bear, CA - In response to the potential need for expansion and to keep residents of the Skilled Nursing Facility safe, John Friel, CEO of the Bear Valley Community Healthcare District, tells Kbear that the hospital will be moving the SNF department to the YMCA Camp Oakes until further notice.  After many weeks of planning, the move is expected to take place on Friday, April … END_OF_DOCUMENT_TOKEN_TO_BE_REPLACED

Big Bear Lake, CA - For nearly three years, the Big Bear Valley’s Prescription Drug Take Back Box has been readily available to community members, hosted by the local San Bernardino County Sheriff’s station, and located in the court building adjacent to the station. With the re-opening of the court in January, the box needed to be relocated. Nearly 1500 pounds of expired or … END_OF_DOCUMENT_TOKEN_TO_BE_REPLACED 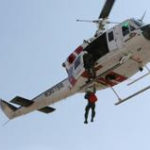 Big Bear Lake, CA - On Monday, August 28, 60 year old Anna Fay Hannah, a visitor from Texas, was hiking in the Big Bear area at Castle Rock. While hiking, she fell and sustained a non-life threatening injury. She was unable to hike out of the area and called 911 for help. Big Bear Fire personnel arrived at the scene and began hiking to her. Fire personnel were assisted by a … END_OF_DOCUMENT_TOKEN_TO_BE_REPLACED 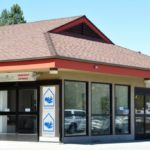