Big Bear, CA, February 26th, 2016 - Developing story out in Baldwin Lake.  At 1:05pm Police and Fire responded to a reported structure fire at the 1500 block of Cactus Dr, Cross Streets, Baldwin Lake Rd/Serpentine Dr.  Sheriffs encountered  a mentally unstable man attempting to light his home on fire.  When Law Enforcement approached  the man began to run and was said to have … END_OF_DOCUMENT_TOKEN_TO_BE_REPLACED 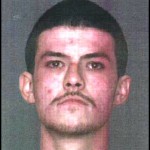 Big Bear, April 24, 2015 - Suspect Michael Reyes continues to evade law enforcement officials according to the Big Bear Sheriff’s Station.  As previously reported by Kbear on March 17th, a suspect matching the description of Reyes was witnessed breaking into a vehicle in the Interlaken Shopping Center followed by an attempted vehicle theft in the Kmart parking lot shortly … END_OF_DOCUMENT_TOKEN_TO_BE_REPLACED

Big Bear, CA, March 2, 2013 - Highway 38 is currently closed in both directions due to police activity in the area of Barton Flats.  Kbear sources say that authorities have located the vehicle of suspect Brian Forrett who is wanted for attempted murder of a peace officer.  Yesterday morning, Yucaipa deputies responded to a report of an unwanted person and were met with … END_OF_DOCUMENT_TOKEN_TO_BE_REPLACED

San Bernardino, CA, September, 12, 2012, 8am  – Police activity has temporarily closed the southbound Highway 330 connector to eastbound I-210.  The California Highway Patrol issued a SigAlert at about 5am  September 12  after a high speed car chase when a Corvette hit a transition road pillar, killing the driver, who has not yet been identified. The connector is expected to … END_OF_DOCUMENT_TOKEN_TO_BE_REPLACED

Big Bear City, CA, July 9, 2012, 8:00am - On Friday July 6, Raymond Jacobs of Victorville, was riding his motorcycle near the intersection of Greenway and North Shore Drive when he collided with a vehicle driven by Dennis Irwin of Henderson, Nevada. Due to the impact Raymond Jacobs was ejected from his motorcycle and landed on the dirt shoulder. He was transported to Bear … END_OF_DOCUMENT_TOKEN_TO_BE_REPLACED