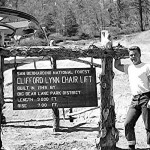 Big Bear Valley, CA, November 29, 2014 - In 1925, Walter Kruckman ran a bus line which serviced the San Bernardino Mountains. The Motor Transit Company had a franchise to the mountains which required them to operate a year-round bus service, even though they traveled empty in the winter months. Kruckman came up with the idea of developing public interest in snow sports to fill … END_OF_DOCUMENT_TOKEN_TO_BE_REPLACED

Big Bear City, Ca.  May 9, 2014- On the local racing scene it was a full house for the season kickoff at the Orange Show in San Bernardino.  The Big Bear fans were out in force as the promoters proved once again that entertainment priced well will attract families.   With 70 cars racing and over 2500 in attendance Bir Bear racer Jesse Lawson in the Mercer … END_OF_DOCUMENT_TOKEN_TO_BE_REPLACED

The KBHR motorsports report is up next …   fueled with passion .. driven on the edge.  20 years ago .. Senna .. the F1 racer will killed in Imola, Italy, in fact he was described as perhaps one of the best drivers of all time but that shocking weekend began with the death of Austrian rookie Ratzenberger as well.  All worth mentioning as Motorsports is one of the biggest … END_OF_DOCUMENT_TOKEN_TO_BE_REPLACED 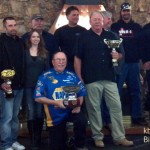 Big Bear, Ca, January 12, 2012, 5:00pm - The Big Bear Valley is home to motor sports racers in a variety of disciplines, from desert racing to short track, dirt and asphalt racing, motorcycles, junior dragsters, and even go kart racing.  This week motor sports racers were honored at the Napa Auto Parts Racer of the Year dinner and banquet. Over 50 people were in attendance … END_OF_DOCUMENT_TOKEN_TO_BE_REPLACED