Running Springs, CA, December 5, 2016 - On Friday, December 2, 2016, at approximately 9:06 p.m., deputies from the Twin Peaks Station responded to the 31000 block of Wagon Wheel Drive in Running Springs for a report of a man suffering from trauma to his upper torso. The man, later identified as John Eastwood, a 45 year old resident of Twin Peaks, was transported to a local … END_OF_DOCUMENT_TOKEN_TO_BE_REPLACED 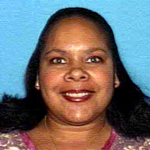 Big Bear, Ca, February 13, 2012, 12:00pm - On Friday, February 10 at about 12:00 noon, deputies from the Twin Peaks Station responded to the area of Hook Creek  Road and Hwy 173, in the Cedar Glen area near Lake Arrowhead,  following the report of a stabbing.  Upon arriving on scene, deputies were told that the victim was attempting to repossess the suspect's vehicle that had … END_OF_DOCUMENT_TOKEN_TO_BE_REPLACED

Big Bear, Ca, October 18, 2011, 3:00pm - The San Bernardino County Sheriffs Department, Twin Peaks Station is asking the public for assistance is finding two male suspects who assaulted a 24 year old male resident of Blue Jay this past Sunday.  At approximately 10:40 p.m., Deputies from the Twin Peaks Station responded to a report of a road rage incident where the occupants of … END_OF_DOCUMENT_TOKEN_TO_BE_REPLACED