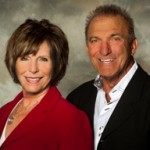 Big Bear, CA, May 27, 2015 - The Rotary Club of Big Bear Lake will host its eighteenth annual “Eagle of Excellence” Community Service Awards Ceremony and Dinner on Sunday, June 7th. The dinner and awards ceremony is dedicated to honoring members of the Big Bear community that exhibit a very high caliber of professionalism, enthusiasm, work ethic and commitment to service, not … END_OF_DOCUMENT_TOKEN_TO_BE_REPLACED

Fawnskin, CA, March 9, 2014 - Some of the most visible effects of the current drought are the beaches springing up around Big Bear Lake’s 22 miles of shoreline--new patches of sand that fishermen and picnicking families are making the most of. Even after picking up over ten inches of precipitation in the recent storm system, the water level was still 7’ 10” below full, compared … END_OF_DOCUMENT_TOKEN_TO_BE_REPLACED

Big Bear, CA, March 4, 2014 - With Spring approaching, thoughts are turning to gardening and planting. 2013 was the driest year on record in California and aside from our recent storm, 2014 is shaping up to be another very dry year. Native and drought tolerant plants are definitely a wise choice for your garden. They may cost slightly more up front than other … END_OF_DOCUMENT_TOKEN_TO_BE_REPLACED

Big Bear City, CA, January 8, 2014 - The Sierra Club Big Bear Group leads group hikes every year on local trails. In 2014, it's participating in the Pacific Crest Trail (PCT) Section B Award Program, in which each hiker who completes all 101.4 miles receives a recognition patch and attends the annual awards party. This section of the PCT is divided into 8 day-hikes, starting … END_OF_DOCUMENT_TOKEN_TO_BE_REPLACED

Fawnskin, CA, November 9, 2012, 6am - On Thursday November 15, 2012, at 6:30pm, the Sierra Club Big Bear Group will present their annual Environmental Film Festival at the Discovery Center.  They have two movies this year. “America’s Wildest Refuge” celebrates the Arctic National Wildlife Refuge, its formation and expansion, and the fight to preserve it. You’ll see the pioneers … END_OF_DOCUMENT_TOKEN_TO_BE_REPLACED