San Bernardino, CA - On August 1, 2019, a federal jury in Los Angeles found in favor of the San Bernardino County Sheriff’s Department.  Plaintiff Alice Brown alleged her 14th amendment right to due process was violated by the department and employees who responded to a call for service on January 24, 2011.  The original call was in the county area of Big Bear regarding a … END_OF_DOCUMENT_TOKEN_TO_BE_REPLACED 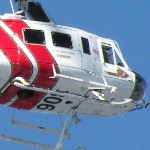 Big Bear Lake, CA - On Wednesday, October 11, at approximately 8:12 p.m. a San Bernardino County Sheriff’s helicopter responded to the Castle Rock area in reference to a hiker who slid off a large rock and onto a cliff. The 17 year old male from Apple Valley was stuck on the cliff and was unable to get to safety. The crew located the hiker using GPS coordinates through a … END_OF_DOCUMENT_TOKEN_TO_BE_REPLACED