San Bernardino County Board Of Supervisors

Big Bear News - San Bernardino County, CA - The County mourns the passing of former Board of Supervisors Chairman Dennis Hansberger of Redlands. Chairman Hansberger served on the Board of Supervisors representing the Third District for 20 years, from 1972 until 1980 and then again from 1996 until 2008. He was selected by his fellow Board members to serve as Chairman of the … END_OF_DOCUMENT_TOKEN_TO_BE_REPLACED 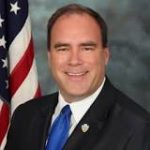 ONTARIO, CA – San Bernardino County Supervisor Curt Hagman announced he is accepting applications from residents throughout San Bernardino County to fill vacancies in various boards, commissions and committees to support county government activities. “These organizations provide advice, oversight and governance to a wide variety of departments and operations within the … END_OF_DOCUMENT_TOKEN_TO_BE_REPLACED 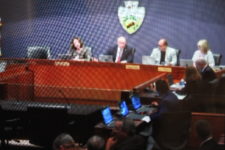 San Bernardino, CA - The process for selecting the short term seat for County Supervisor Third District has hit a bump in the road.   Although many supervisors have spoken of transparency during public meetings some have accused them of serial meetings and exchanging their prefered choices out of public view.   In order to fill the seat which James Ramos … END_OF_DOCUMENT_TOKEN_TO_BE_REPLACED