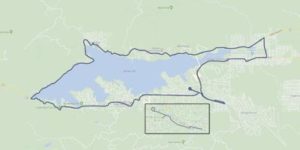 Big Bear News - Big Bear Lake, CA - Join Big Bear Connected this Sunday, May 17th for the Joyful Noise Car Parade starting at 3pm.  This is a chance to have some fun and show support and gratitude for our essential workers, first responders and educators during COVID-19.  Big Bear Connected is a group of local residents who have come together to create a digital … END_OF_DOCUMENT_TOKEN_TO_BE_REPLACED

Big Bear Lake, Ca, May 13, 2016 - The Big Bear Chamber’s Excellence in Business Awards, otherwise known as "The Ebbies", are awarded to businesses who exemplify what it takes to be excellent in business in Big Bear Valley. The purpose of the Ebbies is to recognize and celebrate local excellence in business, which inspires other businesses to follow suit. From a list of … END_OF_DOCUMENT_TOKEN_TO_BE_REPLACED 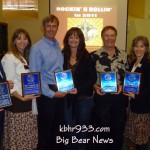 Big Bear, Ca, June 16, 2011, 5:00pm - The Big Bear Chamber of Commerce hosted their Annual Meeting and Community Honors Luncheon at the Northwoods Resort on June 16th.  Business leaders from the valley came together to honor those in the community that go above and beyond.  This year’s recipients included Karon Michel as the Volunteer of the Year, who volunteers for … END_OF_DOCUMENT_TOKEN_TO_BE_REPLACED