Big Bear City, CA, April 4, 2013 - CATS, The Community Arts Theater Society of Big Bear Valley, will present the world premiere production of “MARK TWAIN and the SHAKESPEARE MYSTERY”, written by and starring Robin Field, for a limited run at The CATS Warehouse Theater beginning April 5.  Field has adapted Mark Twain’s book “Is Shakespeare Dead?” into an original one-man, one … END_OF_DOCUMENT_TOKEN_TO_BE_REPLACED

Big Bear Lake, CA, November 17, 2012, 6am - This week Bear Mountain & Snow Summit officially opened for the season. Get any early start to the holidays and have some fun on the slopes with friends and family. The Community Arts Theater Society, CATS, presents Oliver at the Big Bear Lake Performing Arts Center. The show will run through December 2nd with 11 … END_OF_DOCUMENT_TOKEN_TO_BE_REPLACED

Big Bear Lake, CA, September 9, 2012 -- The Community Arts Theater Society (CATS), in association with Class Act Kidz, will offer a musical theatre day camp for kids  during the fall school break.  Camp will be held Monday through Friday, October 8 through October 12 from 9:00 AM to 3:00 PM each day.  Students will learn every aspect of putting on a show, including costuming … END_OF_DOCUMENT_TOKEN_TO_BE_REPLACED

Big Bear City, CA, April 26, 2012, 3:00pm - CATS, The Community Arts Theater Society, announces some auditions on April 28 for their 2012 season, as well as opportunities to get involved with the organization onstage or backstage. Some principal auditions for CATS fall production of “Oliver!” will be held on Saturday, April 28 by appointment. Other principal parts will be … END_OF_DOCUMENT_TOKEN_TO_BE_REPLACED 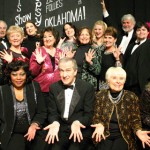