Big Bear City, CA - On Saturday, November 30, at approximately 6:35pm, an unknown person was driving a dark grey, Ford F-350 southbound on SR-38 north of Hatchery Drive, at a high rate of speed on the snow and ice covered roadway. Witnesses said the Ford was being driven recklessly, passing vehicles on the wrong side of the road, and traveling at an estimated speed of 60-70 … END_OF_DOCUMENT_TOKEN_TO_BE_REPLACED 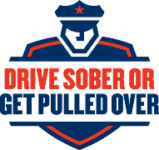 Big Bear, CA - The 4th of July holiday is a time to enjoy fireworks and show country pride but is also traditionally one of the more dangerous times on the road. To keep families safe this Independence Day, Police Departments will have increased enforcement focused on impaired driving during the 4th of July holiday. According to preliminary data from the California Highway … END_OF_DOCUMENT_TOKEN_TO_BE_REPLACED 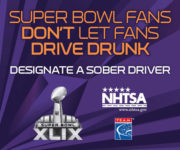 Big Bear, CA - On Sunday, February 4, football fans across the country will gather with friends and family to watch Super Bowl LII. The California Highway Patrol is teaming up with the National Highway Traffic Safety Administration to remind motorists to designate a sober driver before the game begins. According to preliminary data from the CHP’s Statewide Integrated Traffic … END_OF_DOCUMENT_TOKEN_TO_BE_REPLACED 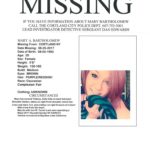 Big Bear, CA - Mary Bartholomew and Jon Turner were reported as missing persons out of New York on August 25, 2017. On September 11, California Highway Patrol officers located the vehicle Mary and Jon were reportedly driving in a turnout on Highway 38 in Fawnskin, California. The vehicle was unoccupied. The Big Bear Sheriff's Station is requesting public assistance in locating … END_OF_DOCUMENT_TOKEN_TO_BE_REPLACED 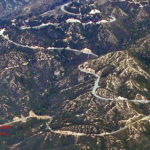 Running Springs, CA - On February 18, 2016, at approximately 9:00 am, Arrowhead Area officers responded to the scene of a suspected traffic collision on SR-18 at the 4000 foot level. Ms. Jennifer Mae Shipcott, a 45 year old resident of Riverside, California, was driving her vehicle southbound on SR-18. For an unknown reason, Ms. Shipcott drove her vehicle into a turnout at the … END_OF_DOCUMENT_TOKEN_TO_BE_REPLACED