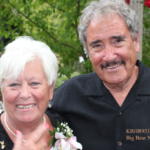 Big Bear, CA - On Sunday, August 27, at the home of Kent and Linda Ricchiuti-Stalcup, Helen Walsh was honored as the recipient of the inaugural Helen Walsh Humanitarian Award. The purpose of this award is to honor those individuals who have provided exceptional support of the Bear Valley Community Healthcare District Foundation and other community organizations that support the … END_OF_DOCUMENT_TOKEN_TO_BE_REPLACED 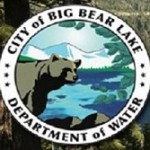 Big Bear, CA, July 27, 2015 - The spreadsheets are complete, the meters read, the data is entered and the results are in. The Bear Valley Unified School District  has won Round One for the Big Bear Lake Department of Water’s Biggest Loser competition. In May Reggie Lamson, the DWP General Manager, and Sierra Orr, Water Conservation and Public Information Specialist met with … END_OF_DOCUMENT_TOKEN_TO_BE_REPLACED 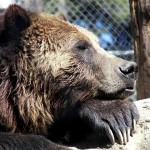 Big Bear, CA, March 29, 2014 - In 1959 a forest fire engulfed the San Bernardino National Forest and in the aftermath, several injured animals were found that required care. A makeshift hospital and rehabilitation area called the Wildlife Habitat was set up where the zoo is currently located. Two bobcats and an orphaned baby black bear were the first residents of the future … END_OF_DOCUMENT_TOKEN_TO_BE_REPLACED 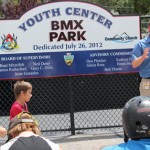 Big Bear Lake, CA July 20, 2012 - San Bernardino County Third District Supervisor Neil Derry was on hand today at the Big Bear Recreation Youth Center for the grand opening of the BMX park along with other city and county officials.  Reese Troublefield remarked that this project would not have been possible without county funding and the hard work of his staff along with the … END_OF_DOCUMENT_TOKEN_TO_BE_REPLACED

Big Bear Lake, CA, June 5, 2012, 8:00am – On May 20 there was solar eclipse, and today the planet Venus will cross the face of the Sun in its orbit. The last time this happened was in 2004, and it won’t happen again until 2117. First contact, the moment Venus touches the Sun’s northeastern edge, will occur at 3:05 this afternoon. Looking through a telescope with a solar filter, … END_OF_DOCUMENT_TOKEN_TO_BE_REPLACED