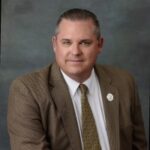 BIG BEAR LAKE, CA - During an Adjourned Regular Meeting held on August 11, 2022, the Big Bear Lake City Council approved an employment agreement for the new City Manager - Erik Sund.Sund comes to the City of Big Bear Lake with over thirty-four years of experience in local municipal service. Most recently, he served as the City Manager for the City of San Clemente having been … END_OF_DOCUMENT_TOKEN_TO_BE_REPLACED

Big Bear Lake, CA - The January 27th meeting of the Big Bear Lake City Council was overflowing with well wishers for the retiring City Manager Jeff Mathieu.  Jeff was recognized for his undying commitment to public service over his 31 year career including nearly 14 years in Big Bear Lake. He was hired in 2006 as the City Manager after serving in management positions for … END_OF_DOCUMENT_TOKEN_TO_BE_REPLACED