Big Bear, CA, April 20, 2016 - The Big Bear Cycling Association is kicking off the 2016 cycling season by hosting their sixth annual Open House & Expo. This free event is organized to introduce the community to BBCA and provide cycling information and education about riding the roads and trails of the Big Bear Valley. Riders, and non-riders of all abilities are welcome to … END_OF_DOCUMENT_TOKEN_TO_BE_REPLACED 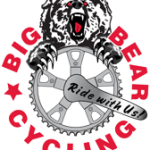 Big Bear, CA, March 18, 2016 - The Big Bear Cycling Association announced that it has scheduled the 7th Annual Tour de Big Bear for Saturday, August 6, 2016. For the fourth year, this year's title sponsor is Remax Big Bear. “Last year’s Tour de Big Bear was a sell out for the sixth consecutive year, with over 1700 riders,” says Craig Smith, president of BBCA. “We are excited to … END_OF_DOCUMENT_TOKEN_TO_BE_REPLACED

Big Bear Lake, CA July 31, 2015 - As many as 2000 visiting and local cyclists will take to the streets this Saturday to participate in this years annual Tour de Big Bear ride.  If you wanted to ride, it may be hard to jump in now as the Big Bear Cycling Association recently announced that the event is sold out except for the possibility of cancellations.  The Big Bear Village … END_OF_DOCUMENT_TOKEN_TO_BE_REPLACED 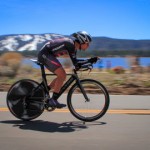 Big Bear, CA, April 8, 2015 - Big Bear Cycling is proud to host, for the third straight year, the Big Bear Time Trial of the 31st Annual Redlands Bicycle Classic. The Classic has the distinction of being the first race on the 2015 USA Cycling National Racing Calendar. Craig Smith of Big Bear Cycling said, "The North Shore of Big Bear Lake to the town of Fawnskin provides a … END_OF_DOCUMENT_TOKEN_TO_BE_REPLACED

Big Bear, CA, January 2, 2015 - Big Bear Cycling and the 2014 Tour de Big Bear has a goal of making Big Bear Valley Southern California's top cycling destination.  In order to assist in that goal, they are investing an additional $40,000 into cycling projects here in the valley in 2015. According to Craig Smith, President of Big Bear Cycling, "Our mission is to support … END_OF_DOCUMENT_TOKEN_TO_BE_REPLACED