Big Bear, CA - Bear Valley Electric Service has announced the execution of its Memorandum of Understanding with Big Bear Area Regional Wastewater Agency for the partnership to commence the Bear Valley Solar Energy Project in 2019. The newly named solar energy venture will include the installation of a solar field at the BBARWA headquarters in Big Bear. “The Bear Valley Solar … END_OF_DOCUMENT_TOKEN_TO_BE_REPLACED 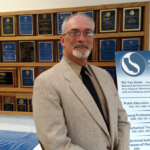 BIG BEAR CITY, CA - Steven Schindler, the General Manager for the Big Bear Area Regional Wastewater Agency (BBARWA), announced he will retire as the head of the organization on May 1, 2017.  Schindler will leave the organization after serving as its chief executive for more than half of the Agency's existence and longest tenured employee; with over 24 years at BBARWA and over … END_OF_DOCUMENT_TOKEN_TO_BE_REPLACED 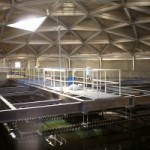