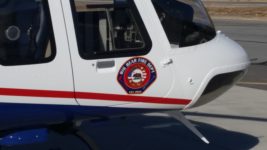 BIG BEAR, CA – Big Bear Fire Department and Mercy Air, a division of Air Methods, announce an innovative public/private partnership that brings a medical air ship to provide critical patient care services and emergency air transportation to Big Bear. This unique public/private partnership, the first of its kind for Mercy Air and any fire department in California, launched its … END_OF_DOCUMENT_TOKEN_TO_BE_REPLACED 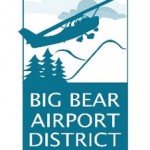 Big Bear, CA, May 2nd, 2016 - Due to the resignation of Gary Steube, there is a vacancy on the Board of Directors of the Big Bear Airport District. Pursuant to Government Code Section 1780, the Board is notifying the community of the vacancy and soliciting candidates/applicants to fill the vacancy.  The person chosen to fill the vacancy shall serve until the first Friday in … END_OF_DOCUMENT_TOKEN_TO_BE_REPLACED

Big Bear City, CA, March 15, 2016 - Easy access to the Big Bear City Airport is a significant component to expanding the community's plans for making us a first class resort destination. Last week, the public got its first glimpse of what the airport might look like following a remodeling of the terminal building during the March 9th meeting of the airport’s Board of … END_OF_DOCUMENT_TOKEN_TO_BE_REPLACED

Big Bear Lake, CA, August 15, 2014 - The statewide general election is November 4, 2014, and voter information guides will be mailed out the first week of October. The Registrar of Voters updated their records overnight to include additional candidates for the Big Bear Airport District (see full list below). The ballot will include open seats on six local governing boards: the … END_OF_DOCUMENT_TOKEN_TO_BE_REPLACED