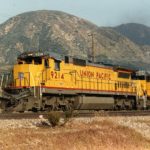 Photo courtesy of Sean Lamb Big Bear, CA, September 6, 2016 - On Saturday, September 3, 2016, at approximately 9:23 am, the Union Pacific Railroad Police contacted a man sitting inside a parked vehicle trespassing on railroad property. The officer contacted the subject, later identified as Larry Missirilian, and discovered he was on active parole and was an arson registrant. … END_OF_DOCUMENT_TOKEN_TO_BE_REPLACED 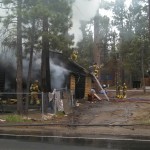 Big Bear City, Ca May 15, 2015 – The Big Bear Fire Department responded to a reported structure fire in the 400 block of Barrett Way in Big Bear City at approximately 7:30 am on Friday, May 15, 2015.  Upon arrival of fire crews, a single family home was engulfed in flames with fire exposure to the neighboring house.  Big Bear Boulevard had to be shut down for a short time while … END_OF_DOCUMENT_TOKEN_TO_BE_REPLACED

San Bernardino Mountains, Ca, October 15, 2010, 9:00am - A 17-year old juvenile from Crestline was arrested and released to his parent with criminal charges pending related to the cause of the August 17th, 2010, fire that started at the edge of Lake Silverwood near Miller Canyon.  The fire that started on State Land quickly spread into the adjacent San Bernardino National … END_OF_DOCUMENT_TOKEN_TO_BE_REPLACED