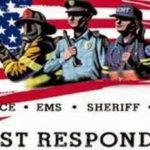 Running Springs, CA - The Mountain Rim Fire Safe Council and State Senator Mike Morrell invite the community to participate in a day of recognition for local emergency personnel at the inaugural California First Responder Day at Snow Valley Mountain Resort. First responders and their families, as well as the community, are encouraged to attend this special event. There will … END_OF_DOCUMENT_TOKEN_TO_BE_REPLACED

According to the San Bernardino Sheriff's Department, on Saturday, July 29th, at approximately 10:30 pm, deputies from the Apple Valley Police Department were requested to respond to the Apple Valley Airport in search of a vehicle belonging to the victim.  The reporting party stated the victims were flying in from Big Bear and were overdue.  Deputies located the vehicle at the … END_OF_DOCUMENT_TOKEN_TO_BE_REPLACED

Big Bear, CA - On Thursday, June 1, at 1:20 a.m. deputies from the Yucaipa Police/Sheriff’s Station were dispatched to a report of a violation of a domestic violence restraining order. The suspect was identified as 35 year old Leonard Gerra of Redlands. Gerra made comments to the victim causing the victim to believe he may attempt to harm or injure the victim. During the … END_OF_DOCUMENT_TOKEN_TO_BE_REPLACED

Crestline, CA - On Monday, May 1, at about 8:07 p.m., the California Highway Patrol and the San Bernardino County Sheriff’s Department received multiple 911 calls reporting a male attempting to start a fire on Highway 18 just below the Highway 138 cut off in the area of Crestline. Officers from both agencies responded to the scene along with Cal Fire and US Forestry Fire. … END_OF_DOCUMENT_TOKEN_TO_BE_REPLACED