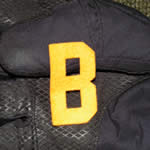 Sign-ups are now underway for the decades-long tradition of ski school lessons through the Big Bear Valley Recreation and Park District. The program has evolved over the years since being established by Norm Bachelor and Ed Hole in the early 1950s, and though snowboard school is also offered these days, the popular felt Bs, introduced by Rec and Park’s Jim McDill, are no longer … END_OF_DOCUMENT_TOKEN_TO_BE_REPLACED

The Big Bear Valley Recreation and Park District is all about the parks this week. On Saturday, County Supervisor Neil Derry will join parks staff at what was once the former Big Bear City Park. As of September 19, the park on Greenway Drive will be re-opened to the public, with a 10am groundbreaking, to be followed by a renovation work party, as well as contests for children, … END_OF_DOCUMENT_TOKEN_TO_BE_REPLACED

The Falls Picnic Area, Big Falls Trailhead and Vivian Creek Trailhead were re-opened by the San Bernardino National Forest this past weekend, following a closure on July 7 that was prompted by a bear that had been aggressive in the day use area of the facility near Forest Falls. Since the closure went into affect, the bear has not been sighted in the area, likely because the … END_OF_DOCUMENT_TOKEN_TO_BE_REPLACED 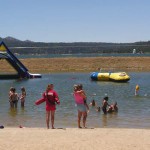 School may resume next week, but it is still summer at the Big Bear Valley Recreation and Park District. Many recreational opportunities are ongoing, and some, such as the first-ever Gold Prospecting 101 class, don’t get started until next week. Lorie Judd of Rec and Park tells KBHR that a number of water-related classes for adults, including windsailing, catamaran, and water … END_OF_DOCUMENT_TOKEN_TO_BE_REPLACED