Big Bear, Ca, June 15, 2011, 3:00pm - Great news for motorists who have been waiting for Highway 330 to open!  According to Terri Kasinga, Public Information Officer with CalTrans, Highway 330 is set to open permanently to two-way traffic after the recognition ceremony on Friday, June 17th.  Kasinga told KBHR that flagging will still occur while repairs are being finalized, and … END_OF_DOCUMENT_TOKEN_TO_BE_REPLACED 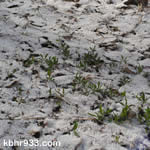 Big Bear Valley, CA -- We received another dusting of snow last night, making for a snowfall every week in April, including the eight-or-so inches we received on Earth Day. Valley-wide snow totals remain at roughly 127 inches (or well over 10 feet) for the season, which more than doubles the yearly average of 62 inches. Though additional snowfall is not likely today, the Big … END_OF_DOCUMENT_TOKEN_TO_BE_REPLACED 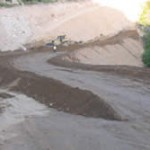 We have received contact from CalTrans today (April 28), and officials tell us that though the weather over the past week presented some challenges on the Highway 330 project, the contractor has continued to make progress on the road rehabilitation, as the new culvert was installed two weeks ago and backfill has been underway in the meantime. Officials at CalTrans say that, … END_OF_DOCUMENT_TOKEN_TO_BE_REPLACED

Big Bear Valley, CA -- We can expect strong, gusty winds in the mountains and surrounding deserts today (April 20), as the National Weather Service has issued a Wind Advisory that takes effect this afternoon and extends through 11pm Wednesday night. During this wind event, southwest winds could reach 20 to 30 miles per hour, with gusts up to 50 miles per hour possible. Those in … END_OF_DOCUMENT_TOKEN_TO_BE_REPLACED 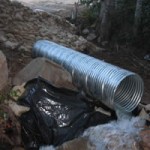 When Highway 330 was closed in mid-March and, a day later, an emergency culvert repair and road replacement project began under a CalTrans-issued emergency contract, it was anticipated that the highway closure would last into mid-June. However, per a conversation with Darin Cooke of CalTrans today, Highway 330 may re-open earlier than anticipated. “The excavation is pretty much … END_OF_DOCUMENT_TOKEN_TO_BE_REPLACED