San Bernardino County, CA - Today’s technology such as cell phones, T.V’s and computers have a pretty short life span.  Many of these electronic products are quickly replaced and old devices are discarded as e-waste.   According to the U.S. Environmental Protection Agency, the U.S. disposes of 25 million TVs, 47.5 million computers and 100 million cell phones each … END_OF_DOCUMENT_TOKEN_TO_BE_REPLACED

Big Bear, CA - The Fire Lookout Host Program, one of the many volunteer programs of the Southern California Mountains Foundation, is now recruiting volunteers to staff fire lookouts for the 2018 fire season. Lookout Volunteers help protect the forest and local mountains communities as well as communities along the forest boundary from the threat of fire. Additionally, Lookout … END_OF_DOCUMENT_TOKEN_TO_BE_REPLACED

Big Bear, CA - The Southern California Mountains Foundation is seeking public comments regarding their upcoming State of California Off-Highway Motor Vehicle Recreation Division grant proposals that were preliminarily submitted on March 5, 2018. This opens the second public review and comment period.  Comments can be submitted through Monday, April 2, 2018 by 5pm. The … END_OF_DOCUMENT_TOKEN_TO_BE_REPLACED 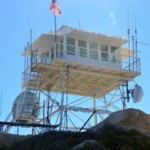 Big Bear, CA - On Saturday, October 21st, the Southern California Mountains Foundation and San Bernardino National Forest held a dedication ceremony to celebrate 90 years of service for the Keller Peak Fire Lookout Tower. The Fire Lookout is located on the top of Keller Peak Road in Running Springs, CA and is managed by volunteers as one of the six volunteer programs of the … END_OF_DOCUMENT_TOKEN_TO_BE_REPLACED

Big Bear, CA - The U.S. Forest Service and their partner, the Southern California Mountains Foundation, are seeking volunteers of all ages who would enjoy working both in the forest and in their commercial size greenhouse to benefit the ecological restoration program. For over 20 years, Volunteers in the USFS Greenthumbs Program have restored disturbed lands across the San … END_OF_DOCUMENT_TOKEN_TO_BE_REPLACED