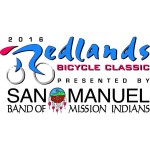 Redlands, CA, April 8, 2016 - The 32nd Annual Redlands Bicycle Classic began 4 days of world class cycling action on a steamy hot day in Highland, California on Wednesday, April 6. The Classic, presented by San Manuel Band of Mission Indians, got rolling on a tight circuit with a nasty sting. The 2.8 mile course began with a neutral start but quickly hit the first of many … END_OF_DOCUMENT_TOKEN_TO_BE_REPLACED 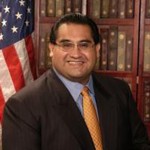 Big Bear, Ca, May 9, 2011, 1:00pm - James Ramos, the Chairman of the San Manuel Band of Mission Indians, announced today his intention to run for County Supervisor for the third district of San Bernardino County.  Ramos made the announcement at 9am today in front of the County Administrative Building in San Bernardino before a crowd of supporters including Big Bear Lake … END_OF_DOCUMENT_TOKEN_TO_BE_REPLACED