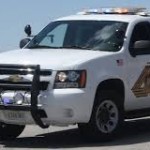 Big Bear, CA -  On Monday, April 3, at about 2:00 a.m., Deputy Llamas from the Big Bear Station contacted 26 year old Robert Allen Standard at a business located in the 100 block of Maple Lane in Sugarloaf. Standard was found to be in possession of several coins that appeared to belong in a coin collection and not used for currency. Six of the coins were 1964 and older silver … END_OF_DOCUMENT_TOKEN_TO_BE_REPLACED