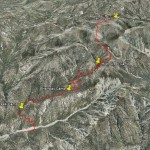 San Bernardino County, CA, December 16, 2015 - The holidays will be much happier for the families of two hikers and their dog who were rescued Sunday after spending the night in below zero temperatures in the San Gorgonio Wilderness. The San Bernardino County Sheriff-Coroner’s Department says 21 year old Tiffany Finne of Costa Mesa and 29 year old Kenny Pasten, attempted to … END_OF_DOCUMENT_TOKEN_TO_BE_REPLACED 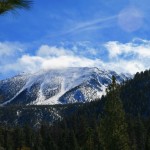 Big Bear, CA, August 9, 2014 - Just a few miles south of the Big Bear Valley is the highest peak in Southern California. San Gorgonio Mountain, or as it's known locally, Mount San Gorgonio, was named by Spanish Missionaries in the early 17th century after Saint Gorgonius, a Christian martyr who died in 304 AD. At 11,503 feet, it can clearly be seen from the summit of Mount … END_OF_DOCUMENT_TOKEN_TO_BE_REPLACED

Part of the Seven Summits of Big Bear Challenge.  Free. Be sure to be prepared with plenty of water, snacks, proper footwear, sunscreen, and a hat.  Maps and directional devices are strongly encouraged. For more information go to sevensummitsofbigbear.org … END_OF_DOCUMENT_TOKEN_TO_BE_REPLACED