California Department of Fish and Wildlife

Big Bear, CA - Late spring and early summer is the peak time for California's wildlife to have their young, and the California Department of Fish and Wildlife is issuing a reminder to well-intentioned people to not interact with young wildlife - even if they find an animal that appears to be abandoned. It may be hard to resist scooping up a young wild animal that looks … END_OF_DOCUMENT_TOKEN_TO_BE_REPLACED 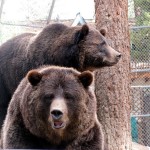 Big Bear, CA - The California Department of Fish and Wildlife and the U.S. Forest Service remind citizens visiting or living in the high country and foothills that fall is the time of year for increased bear foraging activity and more human and bear encounters are possible. California black bears are typically active and foraging between April and mid-fall, but in autumn, … END_OF_DOCUMENT_TOKEN_TO_BE_REPLACED

San Bernardino National Forest, CA, October 20, 2016 - Investigators from the California Department of Fish and Wildlife (CDFW) have concluded the investigation of a bear attack on a Southern California man last Monday. CDFW is unable to confirm the current location of the bear. No further efforts will be made to trap and/or euthanize the bear. On Oct. 10, a 54-year-old … END_OF_DOCUMENT_TOKEN_TO_BE_REPLACED 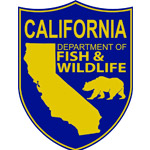 Big Bear, CA, May 10, 2016 - It's springtime again and young wildlife are emerging from their dens and nests and beginning to learn the ways of the world. Because of this increase in wildlife activity, the California Department of Fish and Wildlife reminds people to leave young wildlife alone if they come across them in the wild. The improper handling of young wildlife is a … END_OF_DOCUMENT_TOKEN_TO_BE_REPLACED

Big Bear, CA, May 5, 2016 - In spring, hibernating bears emerge from their winter slumber and begin an almost perpetual search for food. It is not uncommon for a black bear to consume up to 20,000 calories a day. Unfortunately, this search can sometimes lead bears into populated areas and conflicts with humans. "A bear's nose is seven times better than a hound dog's, and it … END_OF_DOCUMENT_TOKEN_TO_BE_REPLACED