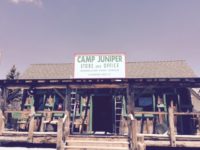 Big Bear Valley, CA, November 8, 2014 - In the long history of the Big Bear Valley starting with the gold rush days of the 1860s, fox farming was certainly one of the more unique enterprises. Raising foxes for their beautiful furs dates from the 1890s when a consistent strain of valuable silver foxes was developed from the common red fox. Demand for fur was high at that time … END_OF_DOCUMENT_TOKEN_TO_BE_REPLACED 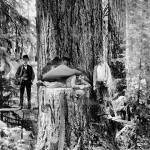 San Bernardino Mountains, CA, July 26, 2014 - Although Big Bear and the surrounding San Bernardino mountain communities are best known for recreation, outdoor locations for Hollywood productions, and the gold rush of the late 1800s, it was logging that was the big industry in the early 1900s. Logging in the San Bernardino Mountains was once done on a very large scale. The … END_OF_DOCUMENT_TOKEN_TO_BE_REPLACED 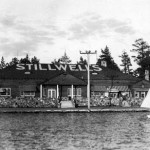 Big Bear, CA, May 31, 2014 - As soon as Big Bear Lake was created by building the original 'Rock Dam' in 1885, tourists started visiting  Bear Valley. In 1888, Gus Knight Jr. and John Metcalf purchased 80 acres on the south shore of the lake to build the valley's first resort, The Bear Valley Hotel. Despite the fact that it took two days by stage and burro train to reach the … END_OF_DOCUMENT_TOKEN_TO_BE_REPLACED 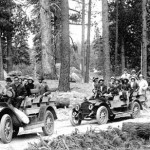 Big Bear, CA, April 26, 2014 - The first road into the San Bernardino Mountains, which was really just a trail, was built by the Mormons in 1852 and ascended Waterman Canyon. Big Bear Lake was created in 1885 and the only way up, other than a pack trail up Santa Ana Canyon, was a long arduous trip up Cushenbury Grade. To get to the Grade, visitors first had to travel over Cajon … END_OF_DOCUMENT_TOKEN_TO_BE_REPLACED