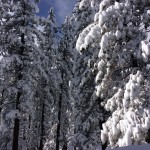 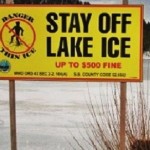 Big Bear, CA, January 9th, 2016 - Winter temperatures in Big Bear Valley can vary greatly, but never get cold enough to create a safe, solid frozen surface on Big Bear Lake. Being on the lake ice is a violation of San Bernardino County Codes and Ordinances of the Municipal Water District, with maximum fines of up to $500. More importantly, hypothermia and drowning are … END_OF_DOCUMENT_TOKEN_TO_BE_REPLACED

Big Bear City, CA, November 4, 2012, 7am - The Lighthouse Project and the Chamber of Commerce hosted a series of candidate forums for this November’s local elections. If you were unable to attend the forum featuring the Big Bear Lake Municipal Water District and the forum featuring the Big Bear City Airport District, you can listen to a re-broadcast of the candidate forums on … END_OF_DOCUMENT_TOKEN_TO_BE_REPLACED