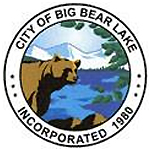 The City of Big Bear Lake’s Planning Commission and Improvement Agency, which is made up of City Council members and chaired by Liz Harris, spent much of Monday reviewing nine proposals for affordable housing projects. The November 9 meeting was a follow-up from September 22, during which time presentations were made by companies interested in partnering with the City to develop workforce housing utilizing tax credits through redevelopment. According to Big Bear Lake’s Redevelopment Director Lyle Haynes, “The Improvement Agency selected two proposals for, essentially, further review; these projects weren’t yet approved, but they are ones we’ll be further evaluating, and both of the projects are what we are calling family workforce rental.” These two projects, of the nine originally presented, include a proposal from National CORE, based in Rancho Cucamonga, to develop 76 family units on 3.6 acres across from Big Bear Middle School on Jeffries Road, and a project on 13 acres on the east side of Sandalwood Drive in the area behind the Interlaken Center. This project, as outlined by EAH, Inc. of San Rafael, includes two phases with 160 units total though, per Haynes, “We think we can introduce some market rate units in there, maybe units for seniors or units for sale. There are a lot more options on this one. Right now it is proposed as 160 units but, given the 13 acres, we feel there’s an opportunity to do a number of different projects.” At Monday evening’s City Council meeting, Harris noted, “I’m very proud of the recommendations we made.” Councilmember Michael Karp also expressed that the Improvement Agency meeting had gone well, saying, “We reached consensus and the audience was very satisfied.” In addition to the two workforce housing possibilities, Big Bear Valley Habitat for Humanity was also selected to partner with the City, in a proposal outlined by Haynes as “Three family residences over a five-year period. So, we’ll be talking to Habitat for Humanity about how we subsidize those units, which will be owned by local families.” Despite yesterday’s selections by the Improvement Agency, none of these workforce housing projects is yet a done deal. As Haynes explains, “We still have to pursue tax credits, go through the environmental review process, and all sorts of things, so we’re just at the beginning. There will be public hearings, and plenty of opportunities for further public review as the projects go through the entitlement process.”