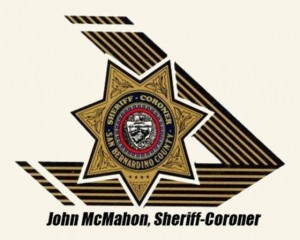 A relative of the deceased called the Sheriff’s Department after going to the cabin, entering the residence, and finding the victim dead at the location. The deceased has been identified as 33-year-old George Kovacevich. Deputies determined Kovacevich to be the victim of a gunshot wound. The Homicide Division of the San Bernardino County Sheriff’s Department is now investigating the case.

Anyone with information regarding this matter is requested to contact Sergeant John Gaffney of the Sheriff’s Homicide Detail at (909) 387-3589 and refer to case number H2015-036. Information can also be reported anonymously by calling WE-TIP at (800) 78-CRIME or online at wetip.com.