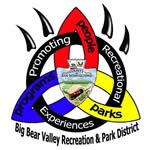 Big Bear Valley, CA — The Advisory Commission for the Big Bear Valley Recreation and Park District will convene for their first regular meeting since November, however, for this evening’s 5pm meeting at the Big Bear Senior Center, there will only be five commissioners, those being Jennifer McCullar, Don Pletcher, Kathryn Poole, Gloria Rose and Bob Ybarra. Per the agenda issued by the Rec and Park District, Commissioner Cassy Benson was not listed on the roll call; according to Assistant Regional Manager Lorie Judd, “She simply was not re-appointed to another term, though Supervisor Neil Derry’s office is in the process of reducing our commission from seven to five. Our commission used to represent different areas of the Valley (Fawnskin, Erwin Lake, Bear City, etc.) but they will now be representing the community at large.” In other news outlined in the commission packet for the February 16 meeting, the morning session of Rainbow Kids Club at the Big Bear Elementary site has been closed as of today due to insufficient enrollment which, at present, hovers just below 90 students at RKC between the three elementary schools. Soroptimists International continue to foster the day care program with financial support applied to enrollment, as well as the recent purchases of new games and supplies for all three Rainbow Kids Club sites. Snow removal activities at all district facilities, including The Ranch (which had many downed branches, resulting in damage to the pavilion) and the Moonridge Animal Park (which had cage collapses due to heavy snow) have kept the maintenance department busy in 2010. The zoo also has a new female deer, which has adapted to her new environment since being found in a cul-de-sac in Fontana though, Curator Debbie Richardson notes, all four pelicans “expired” due to an unknown disease. This instance has not affected other birds at the zoo though, still, vaccines for all animals in the zoo are being, or have been, administered. For more on these reports, the community is welcome to attend this evening’s Recreation and Park District Advisory Commission meeting which, again, takes place at 5pm at the Big Bear Senior Center across from Baker Pond.
Update: This evening’s meeting has been canceled due to lack of a quorum.